The 55A17 or 'Molniya' is a dual weapon point defense and air defense system employed by the Colonial Pact and select client states. Designed as a modular system containerized within a 'pop up' style armored box which houses the reloading systems for the gun system's missiles. It can be mounted in a bolt on fashion to starships or be fitted into the hull, it can also be setup as a stand alone system for surface complexes and general orbital air defense. 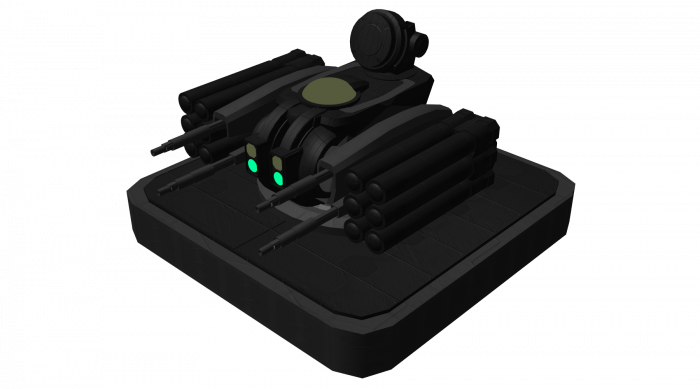 While the weapon system can act on sensor data and direct control from its mounted platform, more often it is left in a completely autonomous mode in which its own fire control system and sensors select and engage targets. It uses the following sensors to achieve these measures.

General function and control is handled by two in series ENY/N5-88 processors in a hardened and shielded container near the center of the turret system. They are responsible for the general operation of the point defense system including fire control, weapon guidance, and other tasks.

The Molniya employs two types of weapons, the first being a plasma cannon system and the second being a twelve shot missile launching array. Both are on independent elevation mechanisms and can be oriented separately to reduce inference from other weapon systems (such as plasma blast damaging missile systems).