A light ship formation employed by both the Colonial Pact Naval Forces Command and its territorial defensive counterparts, it consists of between four to six Frigate type vessels typically with one carrying a command rank individual. It is primarily used as a sub-unit in larger formations of vessels typically in the fleet peremeter defense role or as a stand alone scouting and patrol group of light tonnage. Due to the frigate type vessel's ability to carry troops and a light complement of strikecraft such units can find themselves as the first responding forces to a crisis point capable of dealing directly with the situation.

A normal frigate squadron in CPNF service as stated above consists of four Kannon-class guided missile frigates acting as an individual element typically with either the senior most Lt. Commander or a Commander in charge of the element. However local territorial forces may vary the composition of the unit in both ship class and size and the CPNF is known to operate Frigate Squadrons with up to six vessels. Though typically these units are solitary operation groups intended for patrol and reconnaissance. 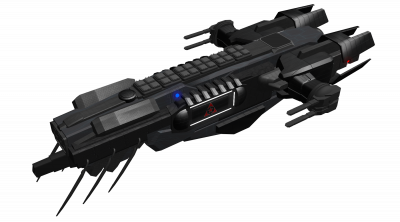 Due to the hanger capabilities of most Frigates in Pact service a standard size frigate unit will be able to deploy one normal squadron of twelve Pact Foxbat light fighters. These will typically be tasked with torpedo and missile interception as well as interdiction on hostile fighters and anti-ship weapon carrying craft. When not being used in the ship defense role they will either be employed to support ground troops or as general patrol craft.