The Anglo-American Union, or more commonly referred to as simply 'The Union' or AAU, is an expansive interstellar power in the (new home) sector comprised of fifteen member state star systems and four satellite quasi independent star states. Of the four human powers in the region it is the second largest by territory controlled and third largest by population with some twenty-six billion souls calling its various worlds, space colonies, and habitats home. 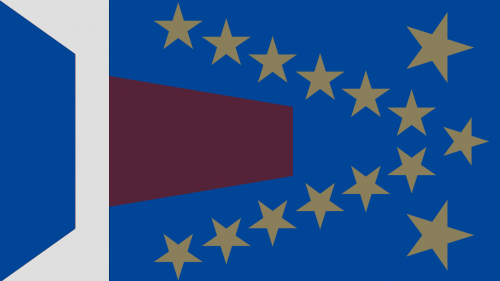 The origins of the Union can be traced back to humanities cradle during the 2100s, a time when old national lines where gradually fading under the pressures of resource scarcity, gross environmental damage, and the simple drive to secure supremacy over one's opponents. The simple fact was a single state could no longer survive on its own, global trade having gradually ground to a halt as more nations began to covet the raw materials and energy resource inside their borders. This and various other forces gradually forced the have nots to merge with the haves. Old hatreds dying away under the threat of national death as the once patch marketed global map became simpler and simpler with the rise of massive military and economic powerblocs.